Main character in the Kite Runner 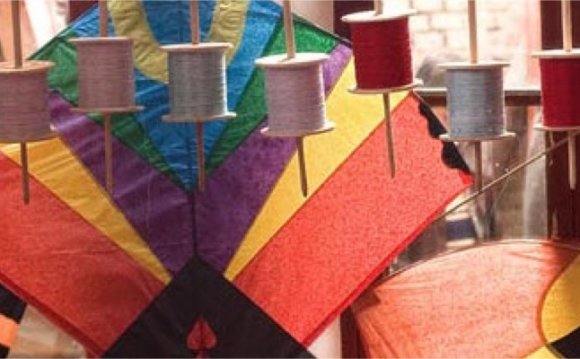 This spring, a 10th-grade honors English class was supposed to be studying Khaled Husseini’s acclaimed novel about two boys from different social classes growing up in 1970s Afghanistan. On April 27, teacher Brooke Bowman sent a letter to parents explaining the value of the 2003 best-seller as a teaching tool while warning of its mature content.

“A key scene, critical to the plot, involves the rape of one of the principal characters, ” the letter stated. “Students may choose to skip this scene if they wish. In addition, there is some profanity.”

In the scene in question, a servant boy is beaten and sexually assaulted by an older boy from a wealthier family.

The letter concluded: “However, if you would prefer your child not read this novel, please sign below. We will come up with a comparable alternative.”

Parent Lisa Baldwin, whose son is in the class, requested a meeting with Bowman. Also in attendance were Reynolds High Principal Doris Sellers and Eric Grant, language arts specialist for the Buncombe County Schools. Baldwin says they immediately gave her a form she could file to register her objection with the school.

In an email to Xpress, the self-described “conservative government watchdog” cited state law requiring local boards of education to include “character education” in the curriculum. She also said schools must teach sex education from an abstinence-only perspective.

But while the law does call for teaching abstinence as “the expected standard for all school-age children” and “the only certain means of avoiding out-of-wedlock pregnancy, ” it also requires schools to teach “the effectiveness and safety of all FDA-approved contraceptive methods, ” specifying that “Information conveyed during the instruction shall be objective and based upon scientific research that is peer reviewed and accepted by professionals and credentialed experts in the field of sexual health education.”

And in any case, these requirements pertain to “a reproductive health and safety education program commencing in the seventh grade, ” not a 10th-grade honors English class.

At press time, the complaint was still making its way through the appeals process. But in the meantime, students in the class were barred from studying the novel, raising concerns about violating their First Amendment rights.

“According to the Supreme Court, ” notes Amanda Martin, general counsel to the North Carolina Press Association, “books can’t be removed just because you disagree with their philosophy.”

In her email, Baldwin wrote, “To then read novels with explicit sexual content, particularly that which is perverse and violent (child sexual assault), is hypocrisy.”

And in a May 15 opinion piece published in the Asheville Citizen-Times, Baldwin questioned the effectiveness of opt-out forms like the one included in Bowman’s letter, noting that a teacher might assume consent on the part of a parent who never actually saw the letter. Offensive material, she maintained, should instead require an opt-in form or permission slip signed before the student is exposed to the content.

The “homosexual rape scene” in The Kite Runner, said Baldwin, might trigger painful memories in children, adding that according to the National Center for Victims of Crime, 20 percent of girls and 5 percent of boys are victims of childhood sexual abuse.

Some colleges, she pointed out, place “trigger warnings” at the top of their syllabuses concerning items that deal with sensitive topics, and at least one has created a “safe space” students can retreat to when a controversial topic becomes too overwhelming.

Baldwin also wrote that she had “tried to offer a compromise, ” suggesting that the class instead read the World War I classic All Quiet on the Western Front along with appropriate excerpts from The Kite Runner, “but the principal rejected it.”

Committee upholds the book’s use

On April 29, Baldwin filed a formal complaint regarding the use of The Kite Runner as a supplementary text.

Buncombe County Schools Policy No. 3210 describes the process school officials must follow in such situations. It also affirms a parent’s right, under federal law, to inspect all instructional materials.

In accordance with that procedure, the administration first addressed the complaint strictly in the context of the school to which it pertained.

The case went to Reynolds High’s Media and Technology Advisory Committee, consisting of two media coordinators, an assistant principal, a parent representative and four other faculty members from different departments. In such cases, the committee is charged with assessing the book’s qualities, weighing its merits and weaknesses, determining whether it’s suitable for classroom use, and issuing a written report explaining its decision within 10 school days of a complaint’s being filed.

In a May 13 press release, the school system announced that the committee had found “no viable reason to exclude” The Kite Runner from the curriculum, saying the book “possesses sufficient literary, thematic and aesthetic traits to warrant its inclusion for study at teacher discretion.” The release also noted that “The Kite Runner has been on the Buncombe County Schools High School Approved Reading List for years. This is the first documented parent objection to this text.”

After the committee issues a ruling, complainants have 10 school days to appeal the decision, at which point the Community Committee reviews the case and prepares a written report to the county school board. The board then has 30 days to issue its final ruling.

Baldwin, herself a former school board member, took the full allotted time to consider her options before appealing on May 28. At one point, she asked Grant whether she would be able to attend the school board’s meeting and address the group. She hadn’t been allowed to do that with the Media and Technology Advisory Committee because it’s not considered a public body under state law.

But even the school board’s final ruling might not be the end of the matter, notes Kristin Pekoll, assistant director of the American Library Association’s Office for Intellectual Freedom.