Everything and a Kite 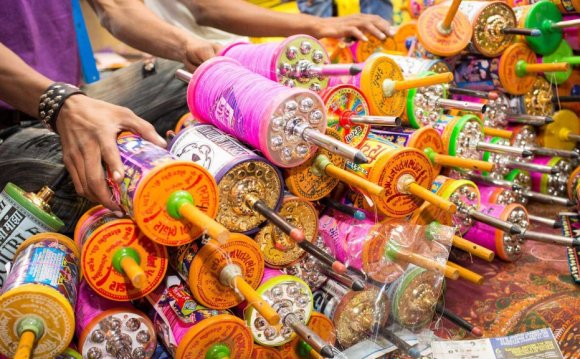 The kite sail rose from the grass and starts swinging slowly. It looked clumsy and heavy, but as it gained height one of the researchers smiled confidently: "It will fly."

I witnessed a demonstration of this promising new technology in May. Against the sky, the large black and white sail was certainly a striking sight. You see similar kites pulling surfers, but here in a field not far from the aerospace engineering department of the Technology University in Delft, the Netherlands, this kite sail is clearly not for sport.

"With a 25 square metre sail like that we can produce enough energy to cover the needs of 40 households, with less [environmental] impact than a conventional windmill and at reduced costs, " says Roland Schmehl at TU Delft.

According to Schmehl, airborne energy production can be cleaner, cheaper and more effective than conventional wind power generation. "It's now clear that the world needs more energy from renewables. And we need the progress to be faster. Wind is an important resource that so far has been limited, because conventional wind turbines just scratch off the bottom layer of what is actually available in the atmosphere."

While a normal wind turbine is up to 200 metres tall, a kite can catch much higher currents. "We operate between 100 and 300 metres but kites can in fact fly much higher. So far, the altitude record is 9, 740 metres, " says Schmehl.

Kite wind generation overcomes the problem of intermittent power, typical of conventional wind technologies, for one simple reason: the higher you go, the more constantly the wind blows. Airborne wind turbines provide a more stable energy flow, and they are much cheaper as they need less material than a wind turbine. Instead of a steel tower, you have a system that looks and works like a yo-yo.

"You have a cable going into the sky with a flying harvesting device. Our group has focused on kite power, and specifically the pumping kite power system. We use the traction power of a kite sail to pull a cable from a drum that drives a generator on the ground.

Once the cable has completely unwound it needs to be reeled in again, which requires a certain amount of energy. "You have to design the pumping cycle so as to have a traction and a retraction phase, " says Schmehl. He and his team came up with a solution to minimise energy losses. "We rotate the kite into the wind as we pull it back, so essentially the airstream does part of the work for us. This way, we need less energy to reel in the cable."

The mechanism can be compared to a piston in a car's engine. "The piston goes up and down. Our kite follows exactly the same principle. This movement is converted into energy, " says Schmehl.

"Once implemented into a mass production system, we estimate that our 25 square metre prototype will cost no more than a small vehicle, and it will have the same dimensions, " he adds.

But while cars are a well-established technology, can travel worldwide and drive economies as they move people, kite technology still hangs by a wire. "The issue with airborne energy is that we are still in a development phase, there are still challenges to face, and on the other hand we have very limited financial resources."

For this, Schmehl blames the attitude of major investors in the energy field: they don't like risk. While unprecedented environmental and economic conditions are urging us to change, "this remains a very conservative economy, " he says. Airborne wind technology is not yet mature and there are challenges ahead, he concedes, but more money is needed to speed development. Researchers can't be sure that everything will work as they expect, but without investment that uncertainty will remain.

The current costs of energy production using various technologies are not the only consideration, says Schmehl. There are long-term costs to take into consideration. "Pollution accumulates silently, but at a point it reaches a peak. As we start to see serious consequences on climate and human health, we have to take costly measures to mitigate them. And these costs will burden the taxpayers who are now benefitting from low energy prices."

Feed-in tariffs are a way to counterbalance these invisible damages, and eventually shield the energy economy from price fluctuations. They fix the price of energy for a long time, assigning higher rates per kilowatt hour to clean energy in order to reflect their higher production costs. The intention is to encourage investment and drive research forwards.

"Wind-generated energy at the moment goes at eight cents per kilowatt hour. Our projections for large-scale production, with kites of several hundred square metres, would set the price at around two cents, " says Schmehl.

Smaller systems such as the prototype Schmehl and his team have tested in Delft are not yet this efficient, because the smaller the sail, the higher the energy generation cost. But wind power from kite sails is a highly mobile technology, and that is an advantage. To demonstrate the technology, Schmehl's team is launching a pilot project in Africa, where a small mobile unit will complement power from solar generation.

"One regulatory hurdle that we are facing at the moment is aerial traffic. Since kites fly so high, they could interfere with flight routes and we need special permission to operate in Europe. In Africa, where the aerial traffic is rarefied, we can provide substantial help with energy supply and carry out tests on how to improve our system, " Schmehl explains.

Perhaps unsurprisingly, he is upbeat about the prospects for kite power – predicting that within five years it will be cheap and widespread. "You can't expect a short-term impact from an emerging technology, but by 2020 when the EU will sum up the Horizon programme results, we'll be able to present some good success stories."