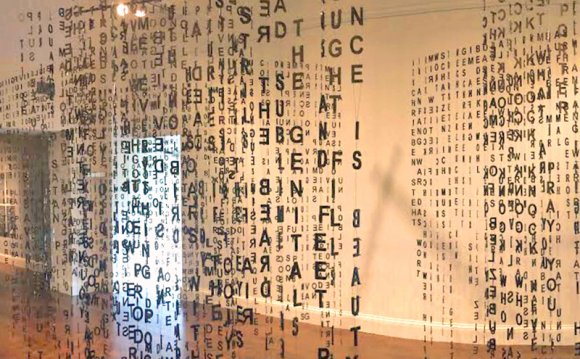 "We were just trying to think of something that would energize the community and maybe bring some traffic through Casey, " said Bolin. And the Casey residents say they couldn't be more proud of what the Bolin family has done.

On January 29, 2013 all media and local residents were invited to witness the official measuring of the golf tee, in an attempt to break the Guinness Book of World Records as the World’s Largest Golf Tee.
The official witnesses for the measuring ceremony were US Congressman, John Shimkus and Illinois State Representatives Brad Halbrook and John Cavaletto.

The golf tee measures more than 30 feet from the ground to the top, with a head diameter of 6.26 feet and a shaft diameter of 2.1 feet, and is constructed with yellow pine boards held together by 60 gallons of glue and 120 pounds of screws. The total structure weighs 6, 659 pounds.
Future 2014 plans for the golf tee including adding an 18 foot diameter golf ball on the top of the tee, and allowing golfers to actually tee off from inside of it!

"There are so many great places and unique attractions to explore while traveling, " said Bolin. “Sometimes, those places are in small town America. I want to help Casey become one of those towns, ” Bolin explained.

The official Guinness World Record golf tee details can be found here. Visitors are encouraged to sign the guest book that will be located in the Pro Shop and to take a photo next to the golf tee. We invite you to Like the Facebook fan pages at and

On Monday, May 20, 2013, at 1:00 p.m. CST, media representatives, the public and yarn enthusiasts witnessed the official measuring of the knitting needles and crochet hook. In addition to breaking the current measurement records for the Guinness Book of World Records, representatives of The Yarn Studio were also required to knit and crochet a 10 x 10 tension square (gauge swatch) with each crafting tool.

Jim Bolin, Vice President of Bolin Enterprises, Inc. and creator of the World’s Largest Wind Chime and World’s Largest Golf Tee, has crafted another pair of record breaking masterpieces with the World’s Largest Crochet Hook and the World’s Largest Knitting Needles.
Following a review of materials compiled by a team from Bolin Enterprises and The Yarn Studio, Guinness World Records confirmed that at 13 ft. 0.75 in. long and 3.25 in. in diameter each, the perfectly scaled white pine knitting needles crafted by Bolin had broken the previous world record held by Ingrid Wagner of the UK of 11 ft. 5.8 in. long and 3.15 in. in diameter.
There was no existing record holder for world’s largest crochet hook; Guinness World Records confirmed the Bolin crochet hook as the first world’s largest at 6 ft. 1.5 in. long and 3 in. in diameter.
The crafting of these beautiful and unique items was far from the only requirement to meet Guinness World Records’ qualifications. Bolin made the record breaking knitting needles and crochet hook as a gift for downtown entrepreneur and business owner Jeanette Huisinga. The Yarn Studio, owned by Husinga, showcases the giant crafting tools and also a myriad of workable needles and hooks, as well as beautiful yarns and fibers.
In order to break and set the World Records, Huisinga had to knit and crochet a tension square – 10 stitches by 10 rows – with the needles and hook. Using thick, locally sourced roving (unspun wool) from Timber’s Edge Farm, Huisinga spent nearly two hours crocheting and then knitting exceptional pieces of fiber art in front of a crowd of media representatives, public, yarn enthusiasts and hundreds of elementary students who had gathered to witness the Guinness project and cheer her on at Monroe Elementary in Casey.
Following the knit and crochet events, event organizer Diane Bolin thanked the onlookers and students for their participation, and Huisinga reminded them they are never too young to knit and crochet and never too old to dream.
The World’s Largest Knitting Needles and World’s Largest Crochet Hook can be enjoyed at The Yarn Studio at 2 East Main Street in Casey, Illinois 62420. Visit The Yarn Studio on Facebook and online at the-yarn-studio.com.