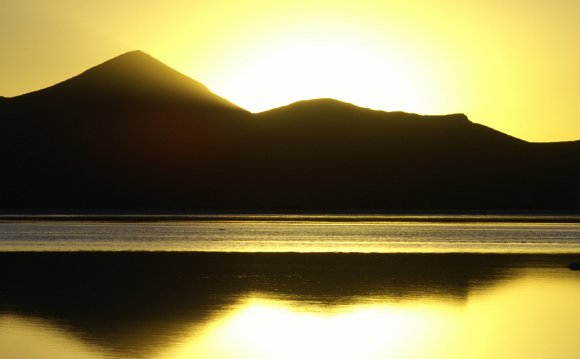 There's no question that Khaled Hosseini merits the term "publishing phenomenon". His two heart-tugging, blockbuster novels, set in his native Afghanistan, offered simple tales of redemption and grace while the ugly realities of war in the country rumbled through the news. His debut, 2003's The Kite Runner, written in the early mornings before work as a doctor, was followed by 2007's A Thousand Splendid Suns. Together they've sold over 38m copies worldwide.

We meet on the eve of publication of his new novel, And the Mountains Echoed, in a midtown Manhattan hotel bar where Hosseini expresses relief at finally having a scotch in hand. He has a quiet self-possession, a creased handsomeness to him – perhaps more creased today than usual: mass international appeal also means mass international press demands. He explains that the new novel began with a single image: a man towing a small wagon through the desert at night. In the wagon are two children; a brother and sister.

"I heard these stories about what a harrowing ordeal wintertime is for families in Afghanistan, " he says. "People are terribly afraid and they lose their kids. So, with this background, suddenly this image came out of the blue, delivered with pristine, perfect clarity. And I was like: who are these people? Where are they going?"

The answer – a desperate father is on his way to Kabul to sell one of his children – provides the genesis for the novel's many narratives. The agony of the siblings' separation echoes down generations and across continents.

Hosseini though, puts it simply: "The book is kind of like a fairytale turned on its head. You have a very painful rupture at the beginning and then this tearful reconciliation at the end, except the revelations and the reconciliations you're granted aren't the ones you're expecting. Which is how life is, really."

This isn't how the world appeared in Hosseini's fable-like previous books. Their characters are the kind EM Forster might have classified as "flat" rather than "round". The Kite Runner's Hassan, for example, is, as Hosseini puts it, "a lovely guy and you root for him and you love him but he's not complicated". Everyone in the new novel finds themself morally compromised at some point.

The most stark example of that, he says, "is the warlord – this sort of evil benevolent lord. And it's something I've seen in Afghanistan a lot, these charismatic, larger-than-life figures who people are simultaneously afraid of, in admiration of, dependent on."

The central and most resonant line of the novel, though, is spoken not by a person but by a div, a demonic giant of Afghan folklore. When a peasant's beloved son is taken by the creature, he sets out to rescue his child, knowing he will most likely be killed for his audacity. Instead, the div shows him his son playing happily with other children. The father has to decide whether to leave his boy there – happy and provided for – or to take him back to a harrowing and potentially short life in a village blighted by droughts. Despondent, he accuses the div of cruelty. It replies: "When you have lived as long as I have, you find that cruelty and benevolence are but shades of the same colour."

Hosseini is 48 – not exactly Methuselan then, but old enough to look back on his first two novels and see a different writer: a writer for whom cruelty and benevolence were very much two different colours.

"Yeah, it looks like the work of somebody younger than me, " he says, a little ruefully. "I'm glad I wrote them when I did because I think if I were to write my first novel now it would be a different book, and it may not be the book that everybody wants to read. But if I were given a red pen now and I went back … I'd take that thing apart."

He was similarly exacting with this novel's ending. "I sort of dreaded this kind of Hollywood-ish thing and I could see it inching that way and was a little worried." Then he reread his first chapter, which includes the story of the div and the peasant father. It ends with an act of mercy: the div gives the man a potion that erases his memory, and with it, the pain of having lost his son. "And I was like, ah, this is how the book needs to end, with this idea of memory as a way that we make sense of our life. It's this amazing gift – to treasure all those things that matter to us the most, that form our identity. But it's also very cruel because we relive those parts of our lives that are so painful. I could see that if the reunion were to occur, it would occur on these terms and it wouldn't be the reunion we'd expect and perhaps the one we want."

Among Hosseini's most compelling creations in the new novel is Nila Wahdati, an alcoholic poet. One chapter takes the form of a Paris Review-style Q&A in which she's simultaneously charming and insufferable. "I didn't want her to be likable, " he agrees. "I just wanted her to be real – full of anger and ambition and insight and frailty and narcissism."

Hosseini was born in Kabul in 1965, the first child of his diplomat father and teacher mother. Nila came, he says, from the kind of parties he remembers his parents throwing while he was a teenager in the 70s, when a certain stratum of Kabul's middle class was undergoing Westernisation.

"There would be really striking women in short skirts, " he recalls. "Beautiful, very outspoken, temperamental, endlessly – in my young mind – interesting. Drinking freely, smoking. Nila is a creation from my memory of that kind of woman from that time and that place."

It was, however, a place that he left when he was just 11 years old. His father's work took them to Paris, and then, when the Soviet invasion of Afghanistan prevented them from returning home, they sought political asylum in the United States and settled in California. Hosseini, aged 15, was plunged into a San Jose high school, speaking no English.

"It was a culture shock, " he says. "It was very alienating." Was he bullied? "Worse – I was completely ignored. I felt on the periphery of high‑school culture; one of those invisible creatures that walk the campus. I think it was a lot worse for my parents. My dad was a diplomat and my mum vice-principal of a high school and now she's a waitress at Denny's, working the graveyard shift, and my dad is a driving instructor."

He adds: "There's nothing wrong with those things, but it was a regauging of their place in life. In Kabul they knew everybody, but in California nobody cared."

The family lived on welfare and, determined to ensure financial security, Hosseini resolved to become a doctor. He graduated from the University of California in 1993 and then completed his residency in internal medicine at Los Angeles's Cedars-Sinai Medical Centre in 1996.

One of the new novel's most powerful sections includes an Afghan-American doctor whose compassion is tested by a trip to his homeland. Hosseini, who says he doesn't miss medicine one bit, admits that the character is deeply autobiographical.

A New Book From the Author of "The Kite Runner"