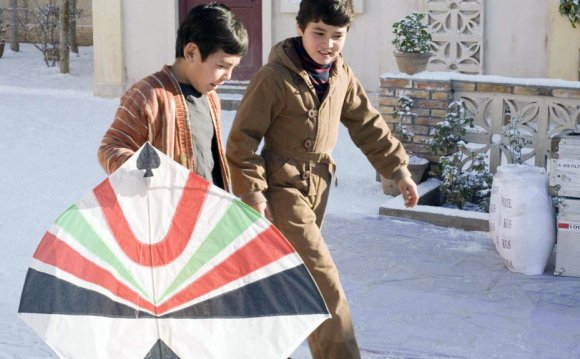 Artists include a photographer to Prince and politicians, exiled Iraqi painter, the Plaza Hotel's famed Persian Room, an experimental musician.

Discover a banjo-playing sculptor, an exiled Russian painter, a mosaic maker in Harlem, and a poet in exile.

Visit the studio of Jol Dantzig, master guitar-maker; explore tapestries woven with the symbols of heritage; a stamp art competition – who knew? And a refugee finds her voice in a memoir.

Stage production Kite Runner immerses us in cosmopolitan Kabul of the 1970's; Baltimore-based Chesapeake Shakespeare Company with a modern twist; a sharp-witted interview with Goosebumps author R.L. Stine who highlights his new book for grownups; and survivor photographer Daniel Rebert clicks on in the battle for his life.

Director Edward Burns (The Brothers McMullen) on his fiercely independent filmmaking career; actor Gloria Rueben talks about her transformative role as Mary Todd Lincoln's dressmaker in Lincoln; a visit to the workshop of the costume designer who dressed the cast of Broadway revival Annie the Musical.

A visual feast for the eyes as host Rhea Feikin interviews the three , 000 Award winners and presents profiles of their works featuring a range of visual and performing arts, providing audiences with an exciting window onto the region's creative vitality. The live announcement of each year's winners of the three Awards — exclusively during the MPT Special – has grown into a highly anticipated cultural event in itself.

The Countess of Carnavon invites us to Highclere Castle, where Downton is filmed; a feisty interview with best-selling romance writer Nora Roberts; a visit to the workshop of Allen Christian where trash becomes treasure; protégé opera tenor Aaron Casey.

Painter Michael Birawer who makes whimsical 3-D cityscapes; a visit to the "War/Photography" exhibit at the Museum of Fine Arts Houston; a behind-the-scenes conversation with the wig designer for "Annie: The Musical, " an interview with Eve Ensler, playwright of "The Vagina Monologues."

Gripping excerpts of Hamlet and The Tempest from the innovative PBS Shakespeare Uncovered series; Richard Birkett, self-described "Master of the Universe, " on his eccentric workshop of Fantasy Clocks; an extended interview with Ang Lee, Director of Academy award-winning film, Life of Pi.

Exploring the creative origins and hard work behind Vincent Van Gogh's masterpieces; interview with rising band Jukebox the Ghost from MPT's Concert for the Bay; the quirky masking tape sculptures of Danny Scheible; discover a new film about the art of the knuckleball.

Artists from across the country include Eric Meek, a master glass-blower, the Menil collection in Houston, known for its eclectic art; David Korins, the mind behind the sets in "Annie: the Musical" and other Broadway shows and pop singer-songwriter Sheri Miller.