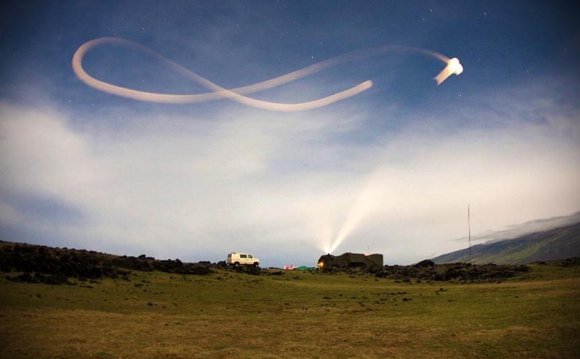 The high-altitude wind of the troposphere represents an untapped energy source that is larger than the world’s current energy needs. The concept of Kitenergy is to use wings or power kites, linked to the ground by two ropes, to reach altitudes of about 800-1000 m above the ground. At such elevations, winds are stronger and more constant compared to the elevation where actual wind towers operate. The flight of the airfoils is tracked using on-board wireless instrumentation and it is suitably driven by an automatic control unit, able to differentially pull the ropes to influence the wing motion.

Electricity is generated at ground level by converting the traction forces acting on the wing ropes into electrical power, using suitable rotating mechanisms and electric generators placed on the ground. The system composed by the electric drives, the drums, the on-board sensors and all the hardware needed to control a single kite is denoted as Kite Steering Unit (KSU) and it is the core of the Kitenergy technology.

The key idea of Kitenergy is to harvest high-altitude wind energy with the minimal effort in terms of generator structure, cost and land occupation. In the actual wind towers, the outermost 30% of the blade surface contributes for about 80% of the generated power. Thus, the tower and the inner part of the blades do not directly contribute to energy generation. Yet, the structure of a wind tower determines most of its cost and imposes a limit to the elevation that can be reached.

To understand the concept of Kitenergy, one can imagine to remove all the heavy and static structure of a wind tower and just keep the outer part of the blades, which becomes a much lighter wing flying fast in crosswind conditions, connected to the ground only by the two ropes. Thus, the rotor and the tower of the present wind technology are replaced in Kitenergy technology by the wing and its ropes, realizing a wind generator which is largely lighter and cheaper. For example, in a 250 kW wind turbine, the weight of the rotor and the tower is typically about 50 t. A KITEnrg-yoyo generator of the same rated power can be obtained using a 250-m2 wing and ropes 1000-m long, with a total weight of about 10 t only. Therefore, it is expected that the construction costs of a KE-yoyo generator will be lower than those of a wind tower of the same rated power.

The power of high-altitude wind

Kitenergy generators will operate at significantly higher altitudes above the ground than the 150 m reached by the actual wind tower technology, where stronger and more constant winds can be found practically everywhere. This basically translates in much higher amounts of yearly generated energy. Due to wind intermittency, the average power produced by a wind generator over the year is only a fraction, indicated as Capacity Factor (CF), of the rated power.

In good sites the short-term KITEnrg technology target has a capacity factor about 35% greater than the present wind power technology. Assuming a comparable total cost of installation, the economic return with the KITEnrg technology could improve significantly.

High-altitude wind has the largest energy per square meter (W/m2) compared to all of the renewable energy technologies. The wind power available at 800 m is about 4 times the power available for current wind turbines operating at about 80 m from the ground.

Kitenergy technology can achieve a power density higher than current wind turbines when considering a wind farm installation. Such exceptional figures can be achieved on the basis of the increased flexibility in wind farm layout optimisation e.g. the possibility of making the wings fly at different altitudes, thus avoiding aerodynamic interference.

A revolution in renewable energy generation

All the aspects described so far have been considered to estimate the cost of high-altitude wind energy produced with Kitenergy. Indeed, the obtained results indicate that this technology has the potential of generating renewable energy, available in large quantities almost everywhere, with lower production costs than those of fossil energy. The cost of the energy produced with a 100 MW KITEnrg wind farm will be significantly less than 50 €/MWh.

WIND POWER Kite Rider is Lifted 100 feet off the Ground ...