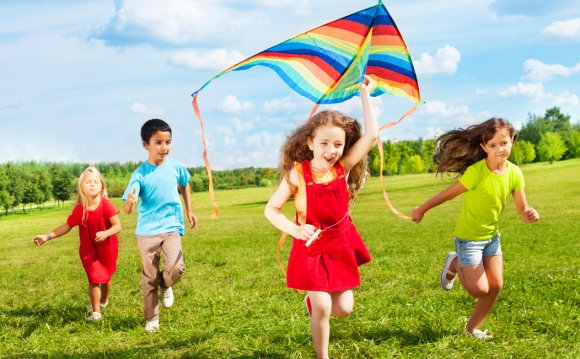 This spring, I turned 30. And it’s true what they say: the younger you are, the more you think you know. I spent my 20s building Flying Kites, a small non-profit serving orphaned children and vulnerable families in Kenya. It took lots of energy and lots of traveling, and was a ton of fun. Cue a cliche ‘start-up’ montage where my two co-founders and I, not to mention countless other characters, worked seven days a week and took huge risks that sometimes paid off and other times sent us laughing/crying under our desks.

In total, we raised more than $2.5 million dollars to invest in some of the poorest of poor families in Kenya. And please don’t tell our donors this: but it’s all been largely by the seat of our pants. Straight out of college, none of us had a background in the non-profit, or even the for-profit, industry. After a while, it got hard to keep that “low salary, long hours” buzz alive. As people entered their late-twenties, the office got quieter.

It’s not something you really hear about, the slow burnout that happens in the charity space. Your friends are climbing corporate ladders, with rungs of structure and professional development and salaries and bonuses. Meanwhile, you are running hard, just trying to stay on the treadmill, in hopes of doing good. The families and kids who are counting on you keep you up at night, but as time goes on, less and less makes you want to jump out of bed in the morning. Nothing can prepare you for the first time your eyes start to glaze over when someone says, “Wow that must be so rewarding. Tell me about it!” About what? The project, or the deep, deep feelings of loneliness and isolation that come from building a non-profit at 23?

Don’t get me wrong; we’ve had great support and generous mentors. In fact, I confided in one of them—Bostonian Paul English, a TED attendee (and the cofounder of Kayak.com) who is renowned for building teams and bringing out the best in businesses—that I lacked strategy and craved guidance on a daily basis. I complained to him about feeling generally overwhelmed. He quipped, “Do what I do: hire someone smarter than you.”

Dan Pallotta: The way we think about charity is dead wrong Around the same time, I stumbled upon Dan Pallotta’s TED Talk, “The way we think about charity is dead wrong.” I had met Dan in his Cambridge office when Flying Kites was first starting out, and I had given out numerous copies of his book Uncharitable to friends and donors over the years. While I was always inspired by his message about investing in overhead, in order to do better work in the long-term, I felt unable to really deliver the argument in moments when it mattered. I would be in a presentation and someone would say, “What percentage of a dollar goes to directly to the children?” And I would freeze.

Dan’s TED talk was a game-changer for my co-founders and I. All of a sudden, we were able to present the logic behind our investment choices in a compelling, thoughtful way. In his way. In fact, we used his talk video so much that we ended up taking the sentences that meant the most to us and overlaying them with our mission in a two-minute video. (Yeah, not sure this is legal.)

A few months ago, inspired by our conversation and by Dan’s talk, Paul English donated a substantial amount of money to Flying Kites to fund the salary of an executive director. In March, I hired my own boss, a formidable leader who has spent over 30 years in both the corporate and not-for-profit world. On her first day, I found myself confiding in her things I had been afraid to say out-loud: “We never have more than three months’ reserve in the bank. We need a plan and we don’t have one.”

Our first few months working together have been full of hope for me. I’ve had the pleasure of looking to our new CEO to formalize our operations and build structure around our vision. Razor’s Edge, Quickbooks, HR policies, board development—she’s swiftly charting the path that I couldn’t find because I had been so lost in the trenches.

It would seem my generation has all the answers. The news is full of stories of extraordinary CEOs in their 20s, taking over the world. Before, I would have felt embarrassed to admit that I wasn’t sure how to best run the organization I had started, especially in our culture of successful young trailblazers who wear sweatshirts to work. But after Dan’s talk and Paul’s generous gift, I realized that the organization had simply reached a point where its needs exceeded my skill set. Hiring my own boss was one of the greatest things I’ve done for Flying Kites.

Recently, I was telling Serah, one of the orphaned children who lives at our home in Kenya, about hiring our new executive director and how my role has changed.

“It’s because you needed more help?” she asked.

“Yes” I explained, “more help, but also a teacher of sorts, to guide us to make the best choices.”

She smiled and tilted her head, “Like having a grown-up around?”

I guess it takes a 30-year-old to know when to ask a grown-up for help. The ultimate dream is supposed to be working for yourself. That’s not my dream anymore. If my only legacy is that I am good at asking for help, I’m okay with that too. I love my job again and I finally jump out of bed in the morning again. I feel like I owe it to the children for whom we are responsible to put my CEO-ego aside and let someone wiser steer this heavy and evolving ship.