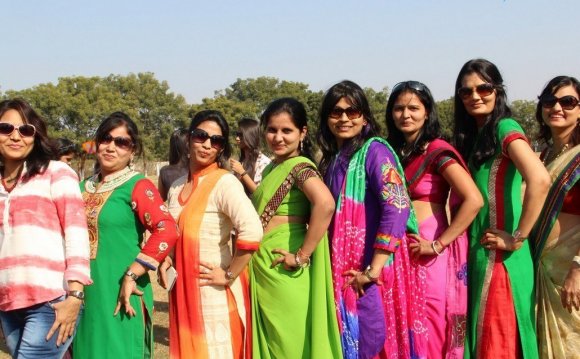 Kite-flying provides a unique opportunity to photograph something different and practice techniques which may help with other forms of photography. In this tutorial, we'll talk about what I found unique about photographing kite-flying and how it helped improve my ability to capture action as well as informing me when to shoot wide and when to shoot tight. Photographing kites is a great way to pick up a new hobby and it brings new meaning to the phrase, "go fly a kite."

I hadn't flown a kite since I was a child and since video games have become so popular, I've rarely seen one in flight. Whenever I did see one, it was usually the cheap, plastic ones from the dollar store barely staying aloft even in a good breeze.

But when I was told kites could be flown indoors, I was suspiciously curious. So, I headed out to the National Air & Space Museum (NASM) in Washington, D.C. to see this for myself.

Since that time, I've done three different shoots for the American Kitefliers Association (AKA) and Wings Over Washington (WOW) and have developed a healthy interest in kite-flying.

If you need or want to capture the action with little or no delay, a good DSLR can't be beat. But if that's not in the cards, your point-and-shoot will work fine. As for point-and-shoots, I personally prefer advanced ones like the Canon G-9 (and higher) as they have a Manual mode.

Their shutter lag is usually shorter and their AF a little better than entry models. However, I usually lug around a DSLR or two with a lens or two when I shoot kites.

If you're a parent and will be photo-dad/mom, pick a lens that has a good zoom range. That way you can get wide and get tight without switching lenses or bringing multiple bodies. I don't like the cheap 18-200mm zooms out there because their aperture can change nearly two stops when zooming. If I had to pick, a 24-70mm or 24-105mm with a constant apeture would be my pick.

Fly A Kite Fest Photos Only

me and my sister flying our kite!!! google photos