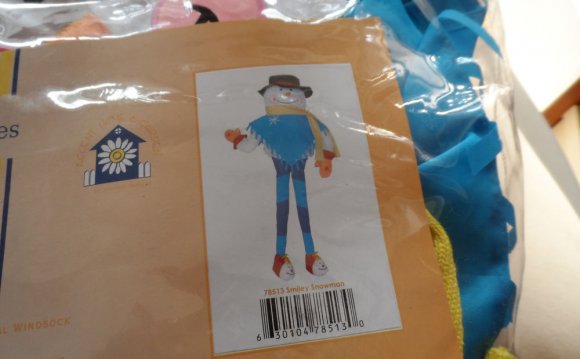 These are storyboard from Box It or Bag It math, the one on the left for polar bears and the one above for penguins. The manipulatives are painted lima beans.

Miniature marshmallows were used as pretend snowballs to compare sets on this sledding work mat .

Use snowman erasers to cover the mittens as a die is rolled and the dots are counted. Thanks to Marcia for this mitten math mat:

These students are stacking cubes on mittens. Then they get to sneeze (just like the bear in "The Mitten") and blow the cubes down.

These snowmen are taped to large craft sticks. Initial sound pictures were printed on them. They are "stuck" into a few bags of small beans inside the tub. This makes them stay upright. It's self-checking because the initial sound letter is written on the bottom of the stick (which can't be seen through the beans.) The children say the name of the picture, pull it out and check to see if they were correct.

These snowman puzzles have the initial letter written on the hats. The children find a medium and large ball with pictures to match the beginning sound.

Matching sentence strips by color to order and copy sentences.

This is difficult to see, but animal footprints have been pressed into Crayola model magic to look like footprints in the snow. These footprint impressions can also be placed under paper and rubbed with the side of a crayon to make the footprint.

These snowmen and the snowflake below are from TLC Art's Winter book.

These Eskimo locker decorations were copied on cardstock A small cupcake paper was glued on the head and a circular picture was glued inside. They were trimmed with cotton balls the children stretched to fit. This idea came from Linda Critchell:

A paper plate was covered with foil for the background. Sugar cubes are the iceberg and a toothpick cut in half served as this walrus's tusks,

This snowman windsock pattern was in the Mailbox magazine, but it could be easily duplicated. Hold a 9"X 12" piece of white construction paper horizontally. Color approximately a 2 1/2" black band across the top. Draw a face and buttons in the center. Cut a slit in both side of the black to make the hat base that sticks out. Fold into a cylinder and staple or glue. Add colorful rainbow streamers.

Camouflage was demonstrated by finding a place to "hide" an Ellison cut polar bear.

Snowman on a Stick

Thread the Rollo, cookie, and the marshmallows on the skewer. Between the top two marshmallows, wrap a fruit roll-up strip for the scarf. Icing keeps the hat pieces together. They may need help with the gel icing details for the face and buttons.

Spring Snow Goose Hunting with Up North Outdoors Over ...