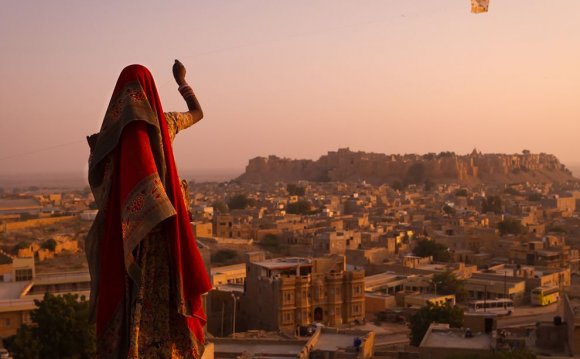 Breezy, sunny spring days beg for picnics in the park and kite flying so that is exactly what we did with my parents this weekend to celebrate my pop’s birthday. Kids were chasing after the kites’ shadows and in general just running around like you would if being chased by bees. Kids were also flying kites, making them dip and twirl in the wind. It was so entertaining to see all different kinds of families flying all colors, shapes, and sizes of kites. People of all ages were out there – my dad is 65 and the youngest kite flyer looked to be about 3 years old.

In fact, she is one of two kite flyers I want to tell you about. She was having great fun with her dad and her little kite. The wind had some good gusts at this point and she had trouble holding onto and steadying her kite. My son and I were playing catch with a baseball nearby and I could hear her dad repeatedly encouraging her to use her muscles and to not give up. What a great message for a girl to hear!

The other flyer I want to tell you about was a girl maybe 9 or 10 years old. She was with her grandmother and what looked to be a younger sister or cousin. She was enjoying watching her kite bob and weave in the wind, and had let it go out as far as her string would allow her. When that wasn’t high enough, she climbed on top of a picnic table to raise her kite even higher towards the sky. She was quite pleased with herself, stomping her feet and whooping into the wind.

At one point, her kite took a nose dive and became snared in a tree. The girl momentarily froze, unsure of what to do. I thought she might drop her string, run to find her grandmother, or call for her sister/cousin for help. Instead I watched as she kept her gaze steady while she sized up the situation, quietly working to solve her own problem. She decided a few good tugs and yanks should free her kite. She pulled once, not very hard, to test if the kite would rip. When it stayed in one piece she gave a really good yank, the kind when you fill your lungs up first and go up on your tippy toes before pulling down with all your might. The third tug had her kite free and flying again, which brought about more foot stomping and louder whooping. Never once did her eyes stray from the problem she had to solve. Never once did she search outside of herself for the answer.

But outside, in the sunshine and the wind…..

No one told her to get down, that she might get hurt. Or dirty. Or unpretty.

No one told her to lower her voice, or to act like a lady.

No one told her to mind her messy hair, her loud voice and stomping feet.

No one told her girls don’t climb on top of tables, act grand with their bodies, holler into the wind.

No one told her to wait for a boy to rescue her when she encountered a problem.

And the girl was just fine as she was, rescuing herself, taking up space on this earth and in the sky.

Melissa Atkins Wardy is a speaker, media consultant, and the author of “Redefining Girly: How Parents Can Fight the Stereotyping and Sexualizing of Girlhood, from Birth to Tween”. She is the creator and owner of Pigtail Pals & Ballcap Buddies.