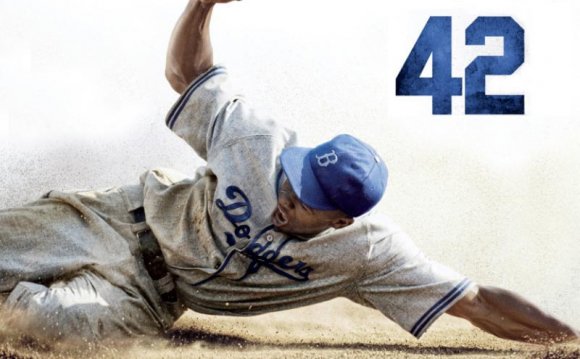 During the next few weeks you guys will be inundated by plenty of Oscar-worthy movie media blitzes, but allow me to help you weed out what you should see vs. what you shouldn't. First up: the fascinatingSaving Mr. Banks (out this Friday in limited release and wide on December 20 starring Tom Hanks, Emma Thompson, and Colin Farrell), which tells the untold backstory of how the classic film Mary Poppins made it to the screen. And, for the record, definitely go see it.

Last night, Disney held the U.S. premiere on its studio lot (where Mary Poppins was actually filmed) and watched as the iconic stars from Mary Poppins collided with the veteran stars from Saving Mr. Banks. The limo that Walt Disney arrived in for the premiere of Mary Poppins in 1964 at Grauman's Chinese Theatre in Hollywood was on display at the beginning of the red carpet, while kites were strung over the step and repeat.

What You Didn't Know About the 1963 Mary Poppins film:

Author P.L. Travers (played by Emma Thompson in Saving Mr. Banks) originally didn't want Julie Andrews or Dick Van Dyke in Mary Poppins. According to Dick Van Dyke, "Mary Poppins in the book was a short, plump lady, and she didn't want a beautiful woman to play the role." In fact, P.L. Travers was so difficult to work with that when Van Dyke was asked to recall what their first meeting was like, he laughed, "I blocked it out!"

Still, Julie Andrews tried to butter her up by becoming pen pals. "We did correspond a little bit, " Andrews told me. "I would send her messages saying, '[The movie is] going well! I think you’re going to love it!' I don’t remember what she responded with, but I know she was grateful that I reached out because she was back in London by that time.”

Julie Andrews can spell supercalifragilisticexpialidocious backwards! "She's the only one that can do that, " admits Van Dyke. "I can't even spell it forwards."

Karen Dotrice (who played the young Jane Banks in Mary Poppins) still sees Julie Andrews and Van Dyke regularly. "I see them frequently since we all live in the same area in Brentwood. I see them over the frozen peas quite often in the grocery. I'm also friends with Richard Sherman (played by Jason Schwartzman in the film), who composed most of the music in Mary Poppins. He will come to our house often and plays "A Small World" (Richard composed it) on the piano just to annoy me! It’s a nightmare because then you sing it for the next two weeks!”

Plastic casts of Jane and Michael Banks' bottoms were made on the first day of shooting. Dotrice explains: "Turns out that would be the seat that we would sit on to go up the bannister with Mary Poppins. It was such great fun, but that first day, I had no idea what they were having us do by getting casts made of our butts!”

The actor who played little Michael Banks passed away when he was 21 years old. In the mid-to-late '70s, Matthew Garber contracted hepatitis, which later spread to his pancreas, and he died of pancreatitis. A sad loss.

Did Ralph the limo driver (played by Paul Giamatti) actually exist? According to producer Ian Collie, Ralph was an amalgam of several of P.L.'s drivers. Paul Giamatti took it one step further and explained that the screenwriter and producers felt that P.L. needed someone she could warm up to, and Ralph was that person. "They needed a relaxed, kind human being, which is exactly what Ralph is, " said Giamatti.

Was the song "Let's Go Fly a Kite" really responsible for P.L. Travers "breakthrough?" No. It was actually the song "Feed the Birds" that made her sing a new tune. Collie explains that while "Feed the Birds" is a beautiful song when you hear the chords, it's not as upbeat as "Let's Go Fly a Kite, " which is what they show Thompson's Travers tapping her feet to in the film.

The character of Robert Sherman (played by B.J. Novak) only mentions once that the reason he walks with a limp was because he was shot. Did that really happen? I asked Collie, who said "I’m fairly sure he was wounded in the war, so he had a walking stick."