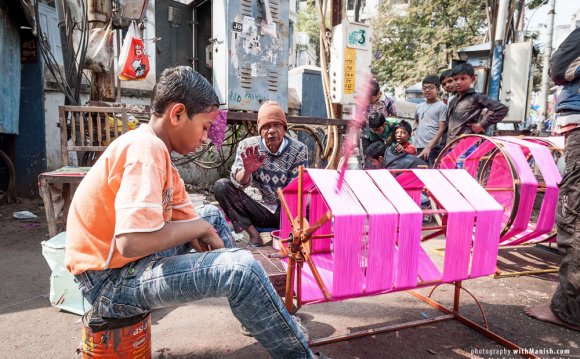 Kites and kite flying all over the world have the common denominators of history, fun, technological advancement, and now they are even going green!

Kites are soaring into spring skies all over the world and will continue to fly throughout the summer into October in some countries. All of these festivals will feature endless varieties and constructions of kites and most invite people to bring their own kites to fly.


People began flying kites before they recorded history. Kite historians, when they are not flying their kites, attempt to agree on a kite timeline. They generally agree that the Chinese were the first to build and fly kites in about 1, 000B.C. but they also say that many cultures independently developed the art of kite flying. English, Dutch, and Portuguese merchants were routinely making voyages to the Far East in the 16th Century and sailors learned how to construct kites and brought the knowledge home with them.

Around 1295, Marco Polo brought the concept of the kite to Europe and Europeans quickly built kites for different cultural purposes than Asians. Kites were part of military and cultural traditions in Asia, but at first, Europeans considered them children’s toys. Paintings dated around 1618 show children flying diamond shaped kites.

European Scientists Discover that Kites Can Be Used to Forecast Weather


In the 1700s, European scientists discovered that kites could be used in weather forecasting. In 1750 Benjamin Franklin proposed an experiment to prove that lightning is electricity by flying a kite in a thunder storm. He never performed his experiment but Frenchman Thomas Francois Dalibard did. On May 10, 1752, Dalibard performed Franklin’s experiment using a 40 foot, tall iron rod instead of a kite and attracted electric sparks from a cloud.


English inventor and school teacher George Pocock became interested in kites at a young age and experimented with using kite power to pull loads. In 1825, George Pocock invented the “Charvolant, ” a kite drawn carriage. He writes in his book, The Aeropleustic Art or Navigation in the Air by the use of Kites, or Buoyant Sails, that his Charvolant covered long distances at a speedy 20 miles an hour.

He said he could cover a mile over bad roads in 2 ¾ minutes. A group of Charvolants covered 113 miles between Bristol and Marlborough. On one trip, a Charvolant passed the Duke of Gloucester’s coach. This was such a serious breach of etiquette that the Charvolant occupants had to stop and allow the Duke to pass them.


The “golden age of kiting” occurred between 1860 to about 1910, when scientists used kites for scientific purposes, especially in meteorology, aeronautics, wireless communications and photography. Reliable manned kites were developed as well as power kites. Innovators like Sir George Caley, Samuel Langley, Lawrence Hargrave, Alexander Graham Bell, and the Wright Brothers experimented with kites and helped develop the airplane.

Kites Are Used in Both World Wars


Before airplanes dominated the air war, British, French, Italian, and Russian armies all used kites to observe the enemy and for signaling during World War I. The German Navy continued using box kites that carried men into the air which increased the viewing range of submarines that cruised on the surface of the sea.

The United States Navy used kites during World War II to prevent airplanes from flying too low over targets. Pilots lost at sea used the Gibson-Girl Box kite to mark their position so they could be rescued. Kites were also used for target practice and aircraft recognition at sea. Barrage kites were used to protect London as well as the Pacific coast of the United States during World War II.