Reviews on the kite Runner 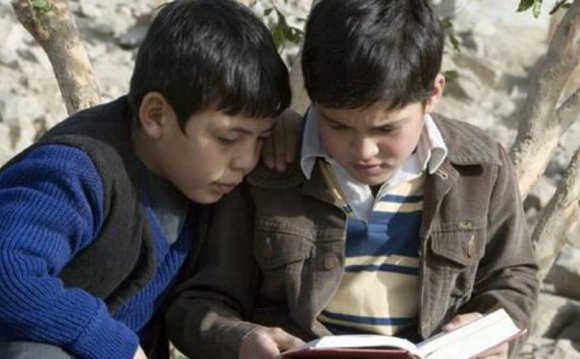 In this, apparently the first Afghan novel to be written in English, two motherless boys who learn to crawl and walk side by side, are destined to destroy each other across the gulf of their tribal difference in a country of dried mulberries, sour oranges, rich pomegranates and honey.

It's a Shakespearean beginning to an epic tale that spans lives lived across two continents amid political upheavals, where dreams wilt before they bud and where a search for a child finally makes a coward into a man. The Kite Runner is the shattering first novel by Khaled Hosseini, an Afghan doctor who received political asylum in 1980 as civil conflict devastated his homeland.

Whatever the truth of the claim to be the first English-language Afghan novel, Hosseini is certainly the first Afghan novelist to fictionalise his culture for a Western readership, melding the personal struggle of ordinary people into the terrible historical sweep of a devastated country in a rich and soul-searching narrative.

Over the last three decades, Afghanistan has been ceaselessly battered by Communist rule, Soviet occupation, the Mujahideen and a democracy that became a rule of terror. It is a history that can intimidate and exhaust an outsider's attempts to understand, but Hosseini extrudes it simply and quietly into an intimate account of love, honour, guilt, fear and redemption that needs no dry history book or atlas to grip and absorb.

Amir is a privileged member of the dominant Pashtun tribe growing up in affluent Kabul in the Seventies. Hassan is his devoted servant and a member of the oppressed Hazara tribe whose first word was the name of his boy-master. The book focuses on the friendship between the two children and the cruel and shameful sacrifice the rich boy makes of his humble, adoring alter ego to buy the love of his own distant father. 'I ran because I was a coward, ' Amir realises, as he bolts from the scene that severs his friendship with Hassan, shatters his childhood and haunts him for the rest of his life. 'I actually aspired to cowardice.'

The book charts Amir's attempts to flee culpability for this act of betrayal, seeking asylum from his hellish homeland in California and a new life buried deep in black velvet portraits of Elvis. Amir's story is simultaneously devastating and inspiring. His world is a patchwork of the beautiful and horrific, and the book a sharp, unforgettable taste of the trauma and tumult experienced by Afghanis as their country buckled.