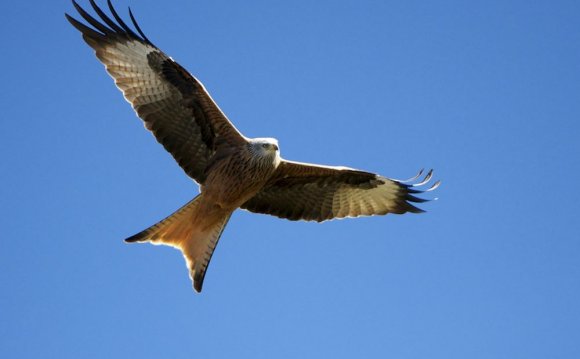 
However, the large numbers of kites over our villages and their bold behaviour is now dividing local opinion on the birds. Some people complain of kites stealing food from picnics and barbeques, scaring their pets, soiling their cars and washing on lines with droppings, and worry that raw meat being dropped in gardens will lead to an increase in rats.

So, can anything be done? Well, I believe that red kites are clustering over our villages and swooping into gardens because they're accustomed to being fed and now view gardens as an easy source of food. Remove that food source and they'll realise there's nothing for them and search elsewhere.

Neighbourly disputes aside, there are conservation concerns too. The re-introduction of red kites to the Chilterns Area of Outstanding Natural Beauty has been an incredible success, but it's important that the increasing population is sustained by the natural food in the wild; mainly carrion with some live prey including rats, mice and voles (while they occasionally take other birds there's no evidence that kites are responsible for any declines in garden or farmland birds).

Although feeding red kites isn't illegal, I hope that people who currently do so in the Chilterns will take heed of these concerns, and consider stopping or at least reducing their feeding.